“A meeting was held between IMFN and PMIC in Lahore on Feb 19th 2019 to discuss avenues for future collaborations between the two institutions. The participants included Mr. Mubarak Ali Sarwar-Founding Director Agahe Pakistan, Mr. Yasir Ashfaq-CEO PMIC, Mr. Saqib Siddiqui-Head of Sector Development PMIC, and other members of IMFN.” 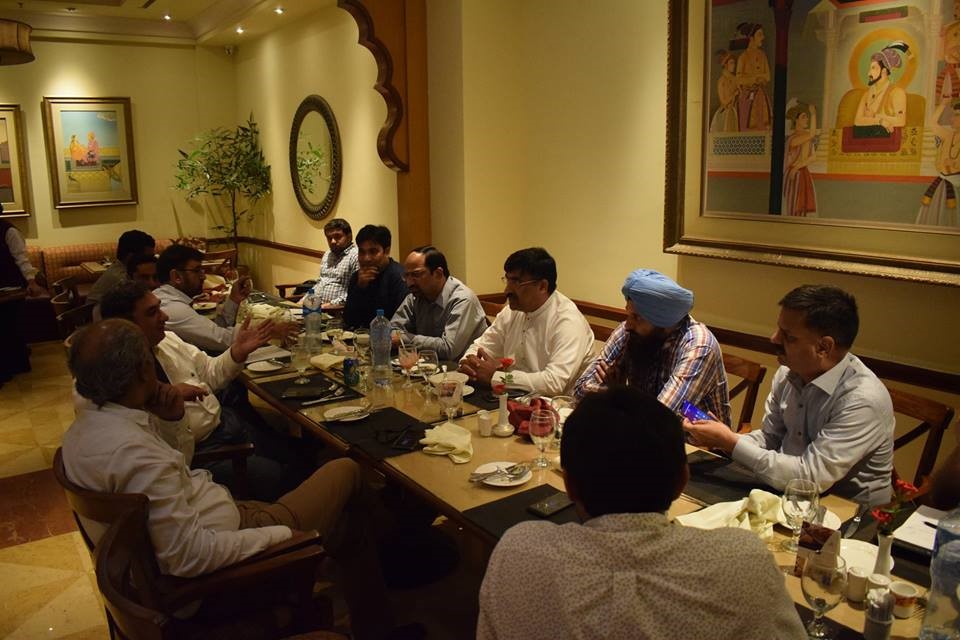 PMFN Members meeting with CEO PMN, held at Avari Hotel Lahore on July 11, 2018. The purpose of this meeting was to discuss the challenges and the way forward to cope with these challenges.

© 2020 Agahepakistan.org .All Rights Reserved. Designed by IT Vision (Pvt.) LTD.